So the house move happened about 3 weeks ago!  It only took 95 boxes.  Along with other useless  statistics I would say only 50% of all boxes get opened within 2 days of moving,  10% will never get opened …ever,  and the rest are all my boxes that will one day get opened but not until the shower is fixed the shelves are up the garden is trimmed back  and the spare room is constructed.   (Don’t mention the cooker!)

In between all this there is still entertainer work to be done.   Of course finding the right pair of shoes or prop in the box that looks all the same as the rest does not make life any easier.  I had an amazing wedding Fayre (Open day) at the Manor House Hotel in Moreton-in-Marsh.  An Amazing Cotswolds Hotel, they always look after us well!  Then there has been a nice event at Silverston as The Stig.  Yesterday was an opening of a new venue in Swindon. 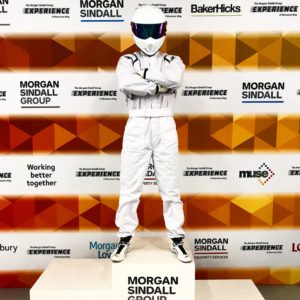 While taking this booking of course I had to temp fate by reminiscing about the good ol’ days with the agent. (Who I have know and worked for for over 20 years.)  One of us put the curse of fate on the gig and said that we have only been kept in the business by being reliable and making sure we always get there and make it happen…whatever the circumstances! Of course thats like the commentators curse.  So i was already nervous several days before.

The day itself the sun shone and all looked great.  Until on the school run the car comes up with a engine fault, then I come down with the gastric bug that the rest of the family had be parading all week.  All this before 10am.  So several plan “B”s  happen all at once.  Call the mechanic, get it diagnosed…”not suitable for long journeys!”  (the car not me!)  Call the wife and get her to leave me her car.  Get some rest, and get to the gig!  Even if it means the only sun glasses in the car are the Donnas prescription lenses!   Get to gig…buy a large bottle of  pink medicine and get on with the gig!

For them they only see the duck floating on the surface calmly!  But then again thats what the Magic and Magicians life is all about!

Up next…this week I kicked started an amazing new project…Which I am very excited about! 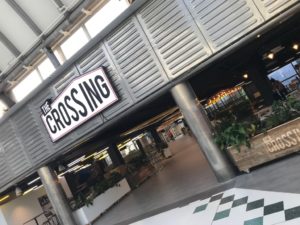 My first post It doesn’t have to be an expensive wedding to be amazing!

Adding that extra to make the difference!

The Science of Magic…Why do we enjoy looking at magic?